Despite being one of the most common odontocetes off Sinaloa (Mexican Pacific coast), basic studies on the ecology of common bottlenose dolphins (Tursiops truncatus) are scarce in the region. This study aimed to describe changes in the relative abundance, group size, and behavior of this species during 2007 – 2012. We used boat-based surveys and satellite images of sea surface temperature (SST) and chlorophyll-a (Chl-a) to model changes in dolphin relative abundance (RA) over time, using correlations in time series analyses. Overall, mean RA was 3.6 dolphins h-1 (SD = 8.0), and significantly higher RA (6.4 –16.7 dolphins h-1) occurred in 2008, 2011, 2012, which was concurrent with hydrographic effects of La Niña oceanographic conditions, as well as during the upwelling season (February – April) (SST: 17.3 – 25.0 °C; Chl-a: 3.7 – 21.4 mg m-3). Conversely, significantly lower RA values (0.5 – 3.8 dolphins h-1) occurred in 2007 and 2010 that were likely associated with El Niño effects on the biological productivity of the area (Chl-a: 0.3 – 7.6 mg m-3). We found significant correlations between monthly Chl-a and SST average values with mean bottlenose dolphins RA, and lags (22 – 29 days) in the trophic response to variations of the hydrographic parameters. Significantly larger dolphin groups were recorded during La Niña years possibly because of the higher availability of their prey. This hypothesis is supported by higher feeding frequencies (35 – 73%) observed during the upwelling seasons, especially during La Niña conditions, whereas the most frequent behavior throughout all other years was traveling (28 – 69%). Our results show that RA and group size of bottlenose dolphins inhabiting the waters off Sinaloa, Mexico, are likely influenced by the changes in hydrographic parameters, especially during extreme climatic events. 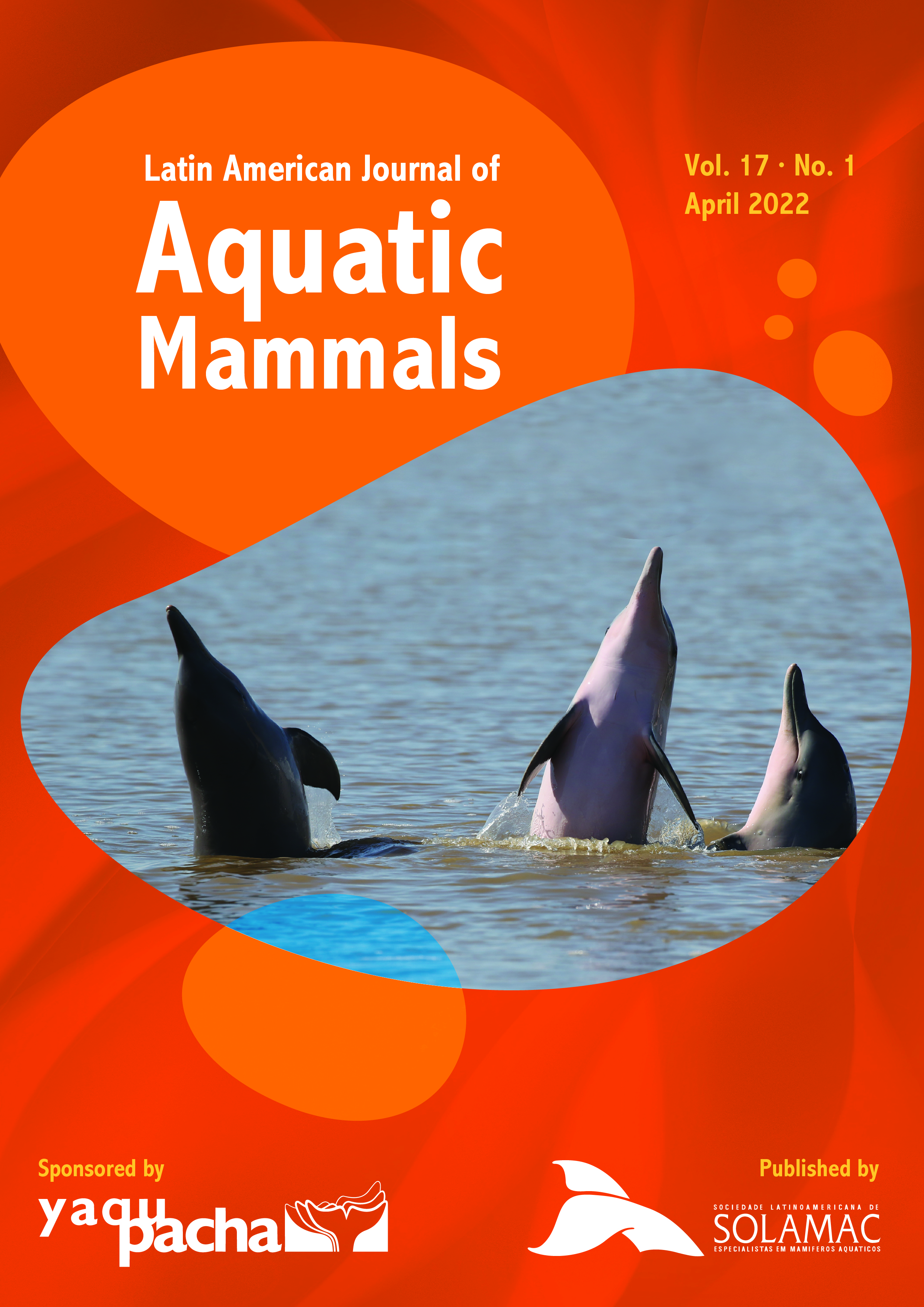