Although human activities are developing in French Guiana Exclusive Economic Zone (EEZ) and surrounding countries, knowledge on diversity and ecology of cetaceans in the region is scarce. This study aimed to collect new information on the cetacean species occurring year-round in the entire French Guiana EEZ by combining visual and acoustic data obtained from three boat-based campaigns conducted by local NGOs. The GEPOG campaign was conducted from July 2011 to June 2012, four days every two months; the COHABYS campaign was performed five days per month from January to May 2018; the OSL campaign consisted in four 10-day surveys conducted in June, July, September and October 2018. The visual observation effort conducted when Beaufort sea state < 5 was 1,961 km, 1,491 km and 3,243 km respectively. Acoustic records were done when Beaufort sea state < 5 during daylight and/or nighttime, depending on the survey. A total of 132 cetacean sightings were done. Five cetacean families and 15 species were identified. Delphinidae was the family most frequently sighted (91% to 100% of groups and 99% to 100% of individuals per campaign). The most frequent species in the area were identified, along with their distribution and phenology: Guiana dolphin (Sotalia guianensis) was found in the coastal area (0-20 m), the long-beaked common dolphin (Delphinus delphis) was sighted on the shelf (20-100 m), along with the bottlenose dolphin (Tursiops truncatus) and the Atlantic spotted dolphin (Stenella frontalis) that were also common on the upper slope (100-1,500 m). Finally, the spinner dolphin (Stenella longirostris), the melon-headed whale (Peponocephala electra) and the pantropical spotted dolphin (Stenella attenuata) were frequent on the slope (100-3,500 m). The results suggest these species may be found in French Guiana waters all year round and mother and calf pairs, as indicator of reproduction, were observed for all of them except the long-beaked common dolphin and the Guiana dolphin. Mother and calf pairs of humpback whales (Megaptera novaeangliae), that potentially belong to the “A” stock, were also sighted twice, as well as two groups of sperm whales (Physeter macrocephalus) with calves. Hence, these results showed that French Guiana bears a particular responsibility for the conservation of cetacean biodiversity, but a lot remains to be done to strengthen knowledge and conservation of these species in the territory. 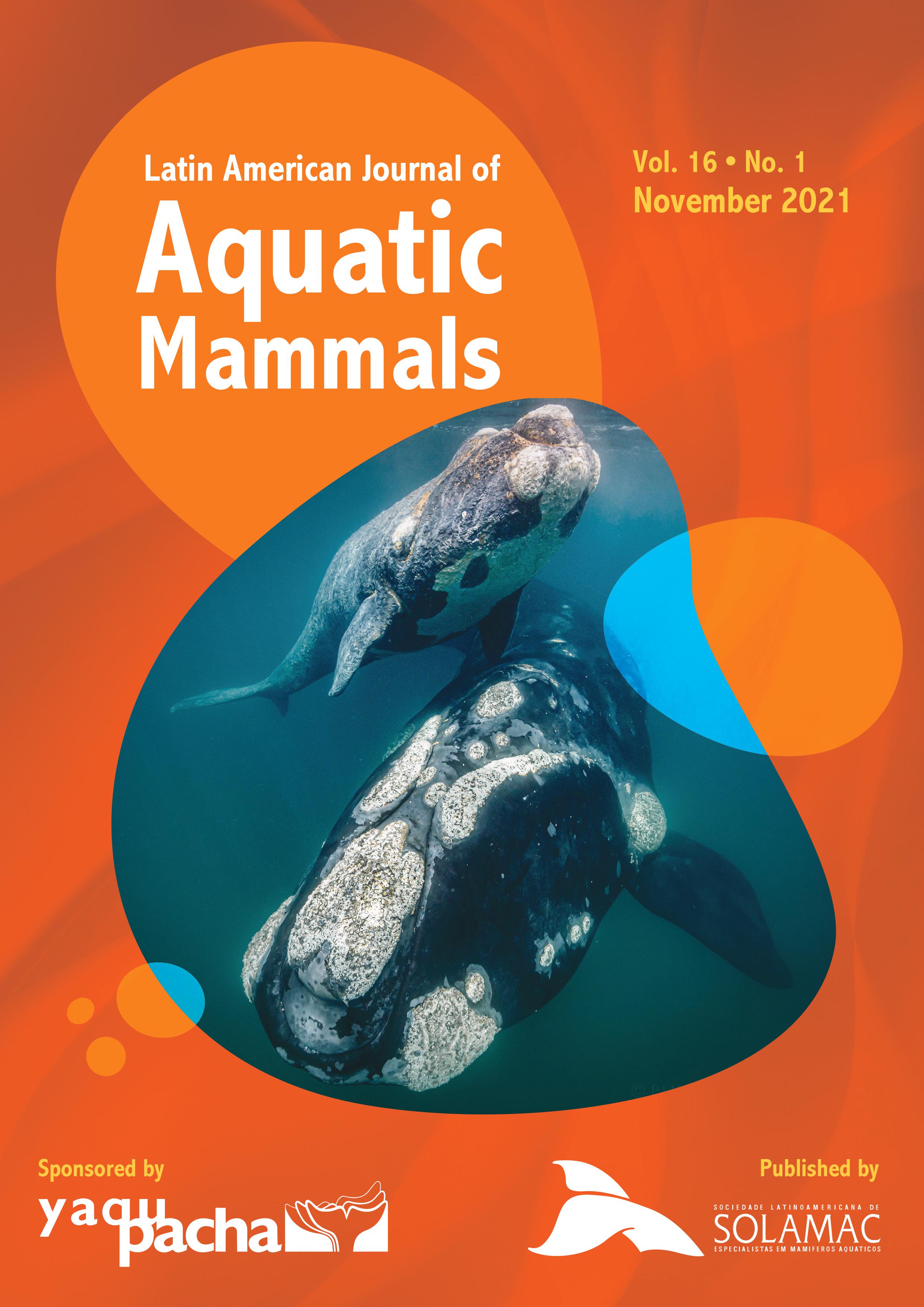